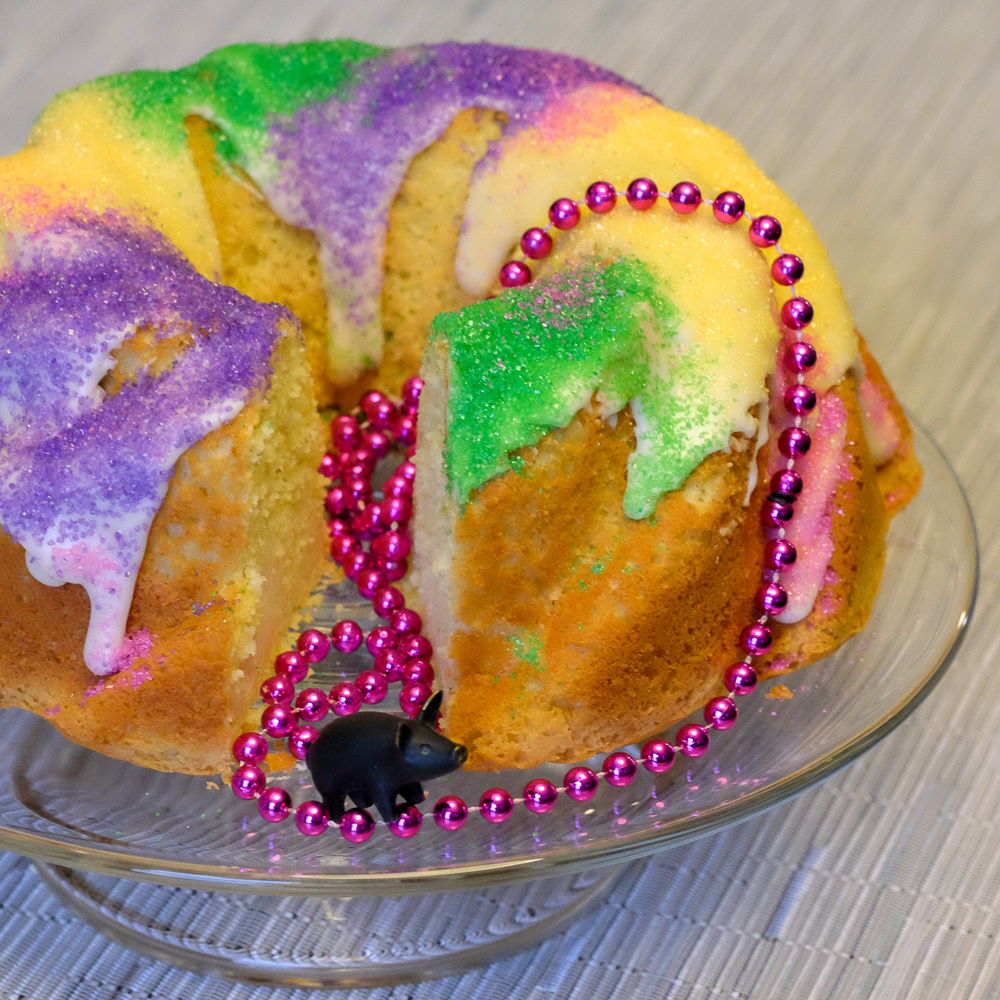 With Mardi Gras coming up next Tuesday, I thought it would be the perfect time to make a king cake. I’ve eaten plenty of king cake, but I’ve never baked one at home, so I had some recipe research to do. The New Orleans king cake I’ve had in the past resembled more of a danish than a cake, so initially I thought I’d make a danish dough. However, after reading way too many online recipes for both gluten-filled and gluten-free king cakes, I found that brioche dough is pretty traditional, and it seemed like a far easier way method than making a laminated danish dough.

I really wanted to create a dough that was rollable, but I also wanted to avoid using any gums. When I took the dough out after a night in the fridge, it seemed like rolling might be possible – but when I tried it on a floured Silpat – the results were disastrous. This super soft enriched dough sticks to everything, and was impossible to roll, even on a Silpat. In recipe recovery mode, not wanting to throw out a pricey dough, I ended up piping the dough directly into a pan to save it. This method seemed to work out well, and was a lot cleaner.

I was afraid that the cream cheese filling would be a little weighty, so I piped about 2/3 of the dough into the bundt pan before piping the cream cheese filling on it, afraid that it would sink in too much and go to the top of the bundt pan. To my surprise, this dough is pretty strong – and the cream cheese frosting ended up being pushed up towards the base of the cake during proofing instead of sinking towards the top! In the recipe below, I’ve noted to pipe only 1/3 of the dough into the pan before piping the filling in, so that the filling is more in the center of the cake when baked.

While the crumb doesn’t look that impressive, this brioche king cake was incredibly delicious. The cream cheese filling was also very tempting for my furry kitchen assistant, who you can see in the slideshow “helping” while I was shooting it. 🙂 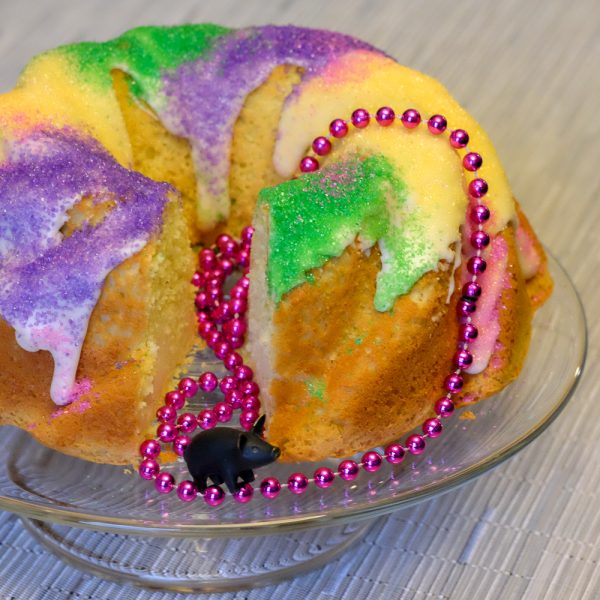