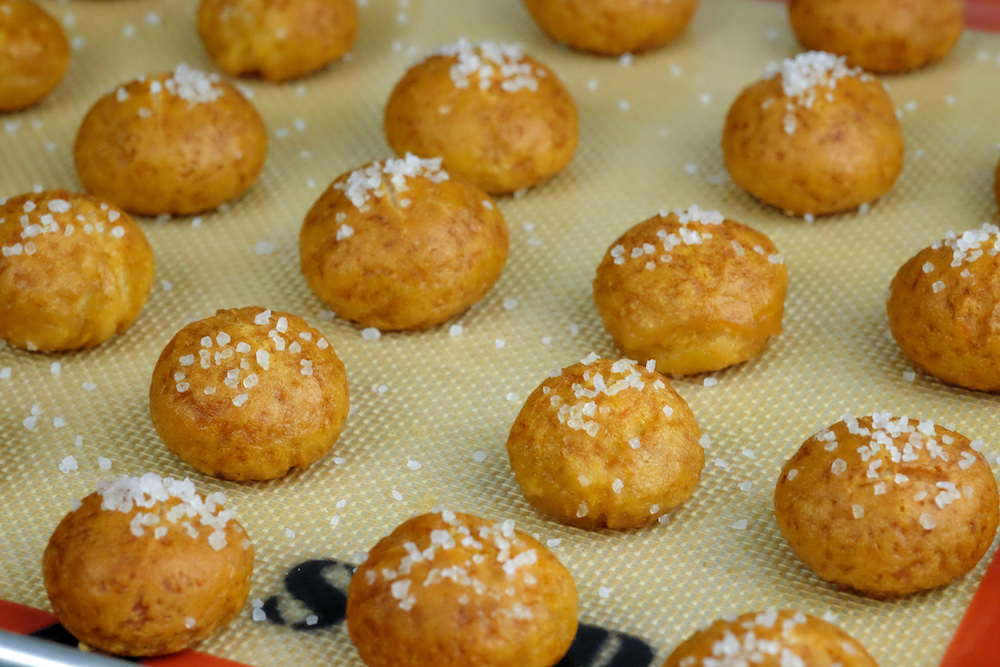 I’m not a big football fan, but I am a huge fan of snacks. I’ve had plenty of hard store-bought pretzels since I’ve gone gluten-free, but I’ve missed homemade soft pretzels, still warm from the oven. So, on this Super Sunday of snacks, I thought it would be fitting to play with a recipe for pretzel bites, especially as the Philadelphia Eagles are playing. One of the things I always looked forward to on trips to Philly were the Amish soft pretzels at Reading Terminal Market, which are now verboten as they are definitely *not* gluten-free! 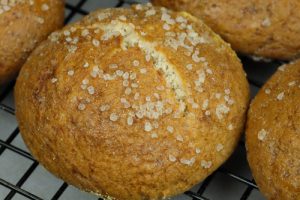 Initially, I was toying with a pretzel-bun recipe that might work well for sloppy joes or cheeseburgers. On my first attempt, I used sorghum, sweet rice, and fava bean flours with tapioca and potato starches. Overall, the buns came out looking beautiful, but they were a bit too dense.

To lighten up the dough a bit, I gave up the fava bean flour, and found that the resulting dough spread a little bit too much when proofing for buns, but worked out perfectly as pretzel bites.

Adaptability on the fly is definitely a lesson I’ve learned while continuing testing gluten free recipes. While there’s definitely still more than a sliver of the perfectionist in me who really wanted to throw all those “failed” pretzel roll dough balls into the trash, I managed to tamp down that urge and rescue the dough. With a bit of re-rolling into smaller bites post proofing, and some magic kitchen kismet, I ended up with exactly the light and chewy soft pretzels I was craving.

I’m still on the fence with gums, although I find myself leaning towards the non-gum fence more often than not. I made this recipe twice – once with psyllium husk and then again with xanthan gum, and found both provided enough structure for these little bites. I prefer the dough made with psyllium husk (which I’ve outlined in the recipe below), as I find the sliminess of doughs made with xanthan gum off putting. However, if you would like to use xanthan gum instead of psyllium, just replace the 2 teaspoons of psyllium with 1/2 teaspoon of xanthan gum, mixed in with the dry ingredients, and use 3/4 of warm water total. The dough with xanthan gum will be stickier and a bit wetter, and won’t come apart from the side of the bowl without scraping the bowl down with a rubber spatula. 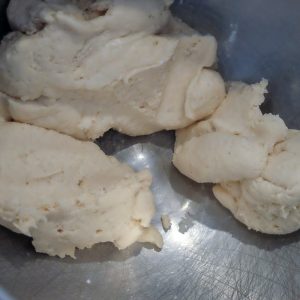 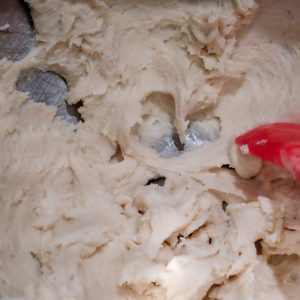 Note: If you are topping these bites with sea salt, these are best served the day they are made. If you store them in an airtight container, the sea salt on top will melt due to the moisture in the pretzel bites. However, if you use sesame seeds, or another non-salt topping, these can definitely be made ahead and then refreshed in a 350 degree F oven for 5 minutes. 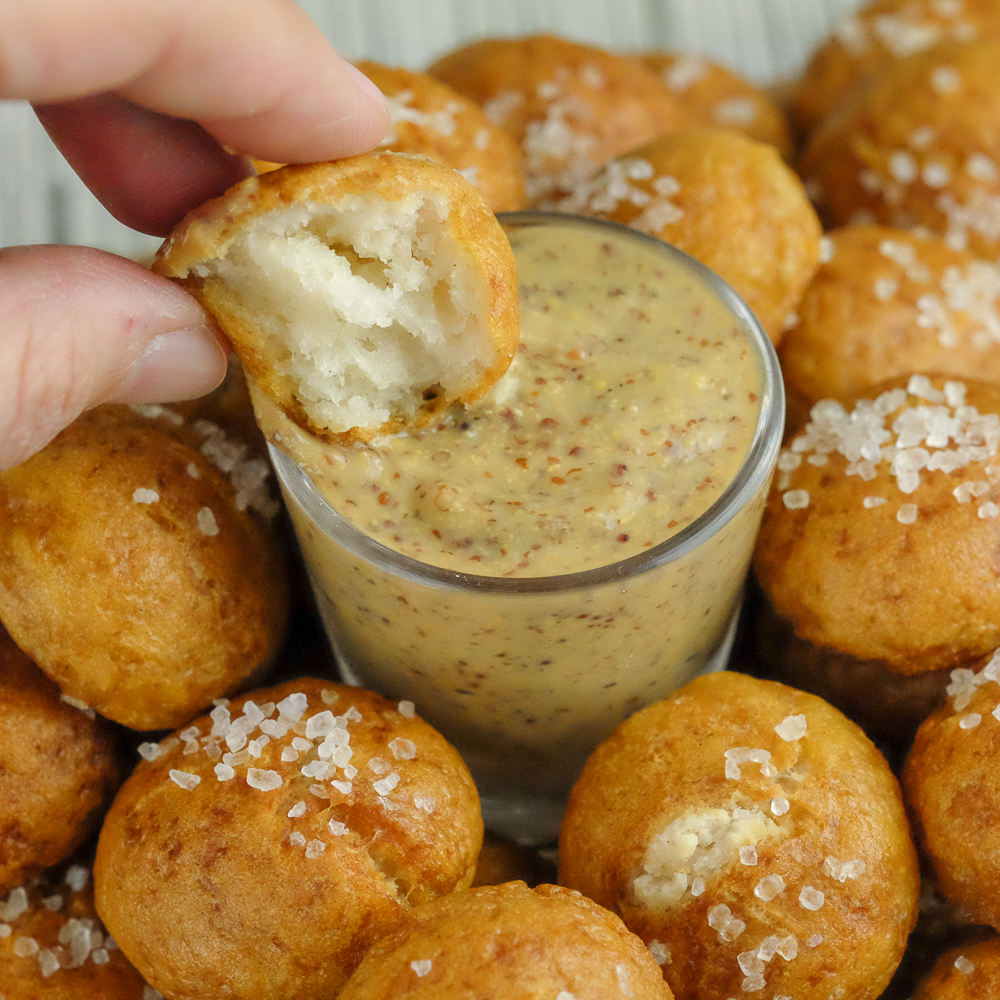 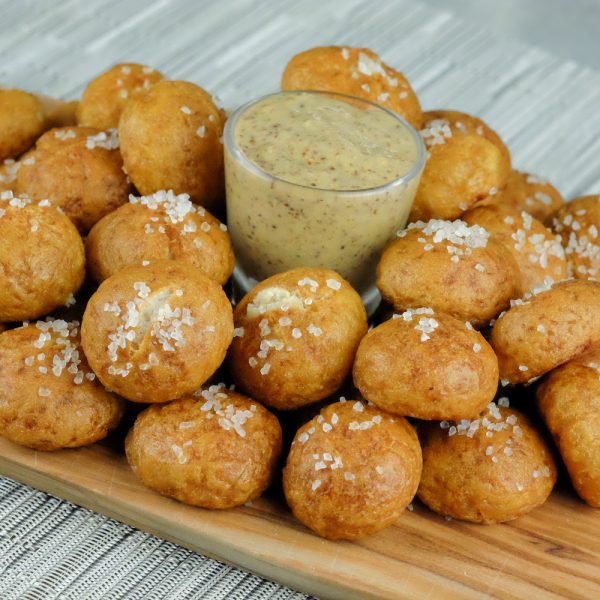